Live Updates from the NY Times on the Pandemic 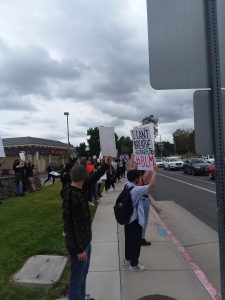 While the COVID-19 pandemic has topped more than 10,000 confirmed cases in San Bernardino County, the Board of Supervisors on Tuesday declared it was the first California county to actively recognize another public health crisis: racism.

By a 5-0 vote Tuesday, the board adopted a resolution “affirming that racism [is] a public health crisis that results in disparities in family stability, health and mental wellness, education, employment, economic development, public safety, criminal justice and housing.”

“This is historic for San Bernardino County in taking the first step,” said Board Chairman Curt Hagman. “We’re probably the only county we have in California, so far, doing this, and this is the beginning of what we’re doing. This is not the end result.”

The resolution identified racism resulting in the “structuring of opportunity and assigning of value based solely on skin color and other physical characteristics, which creates unfair disadvantages to some individuals and communities and unfair advantages to other individuals and communities, therefore preventing societies as a whole from achieving their full potential.”

The U.S. Census lists the Black population at 9.4% in the county, but according to the resolution, about 19% of the county’s prison population is Black, along with 38% of those booked at juvenile detention centers and more than 21% of the county‘s homeless population.

The resolution says the county will dismantle racism by several means, including enhancing diversity in the county workforce, and studying existing policies and practices “through a lens of racial equality” to promote and support efforts that prioritize health for people of color.

There are also plans for more collaboration between the county’s law enforcement and justice agencies to boost public confidence, along with the creation of an “Equity Element Group” to identify and research public concerns related to law enforcement.

The group is expected to include county experts in such fields as education and health along with members of the community.

“You have begun the process of reconciliation and restoration,” said Samuel Casey, senior pastor of the New Life Christian Church of Fontana. “That’s just the first step.”

He added, in regards to the Equity Element Group, “It is vitally important that we’re at the table lifting our voices and speaking for ourselves and claiming for ourselves.”

Hagman thanked fellow Supervisor Josie Gonzales for spearheading much of the work in crafting the resolution.

Gonzales, for her part, encouraged the county’s residents to think big.

“I want to thank everyone who has been a part of this moment in time,” she said. “We all want to do something different, something good, something that will be remembered. That’s part of who we are and what we work for.”

Mabel Morris-Dugbartey of Fontana was one of several speakers during the public comment period. She said she looked forward to a world where she didn’t have to worry about being harassed by a racist person while doing errands by herself or be concerned about her brother being racially profiled because they are both Black.

“It’s a beautiful thing to feel change happening in full effect, meaning there is hope for humanity and for the future, where my peers and I won’t fear bringing our children into such a dangerous world that will just dehumanize them,” she said.